ENGINES OF GRAVITY
Engines Of Gravity was My Soliloquy’s anticipated sophomore release and comprises 9 new Songs. As with the debut, Pete wrote all the material and played all the instruments, with Damon Roots reprising his role behind the kit once again. Recording took place between 24th September 2015 to 26th May 2016.
Rob Aubrey once again was employed to mix and master the album with Pete assuming a more prominent pre and co-production role.

Engines Of Gravity is also a significant release due to the fact that despite offers from labels both from Canada and UK, Pete chose to independently release this album under his own label Rare Artist Records. 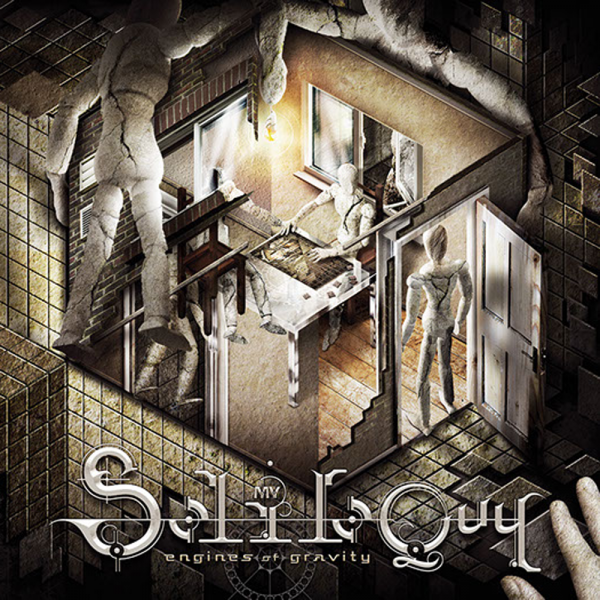 Press Review:
“This Is An Immensely Mature And Thought-Provoking Album, One Which Stretches The Listener Both Musically And Intellectually. Its Not An Easy Thing To Balance, But Morten Manages It With Class And Eloquent Elegance.”
Chris O’Conner – FireWorks Mag [March 2018]

“Engines Of Gravity Is An Impressive Take On Prog Metal. With Soaring Singing, Hovering Over Stella Song Writing, This Might Just Be The Best Thing Morten Has Ever Done.”
Chris Cope – Prog Mag [October 2017]

“Engines Of Gravity Is A Great Album That Deserves To Be Heard By Any Prog Metal Fan That Loves Strong Melodies And Technical Prowess.
Pete Has Taken It To The Next Level With This New Album” – Rob Pociluk – ProgressiveMusicPlanet.com 9.5/10 [February 2017]